UK attitudes to local elections, the work of councillors and role of local government

The LGIU has worked with Ipsos on this exclusive polling data to understand UK attitudes to local elections, the work of councillors and role of local government ahead of polling day on 5 May 2022. LGIU’s official statement on the results. Download full polling presentation.

All of your post local election resources or new or recently elected councillors can be found here. 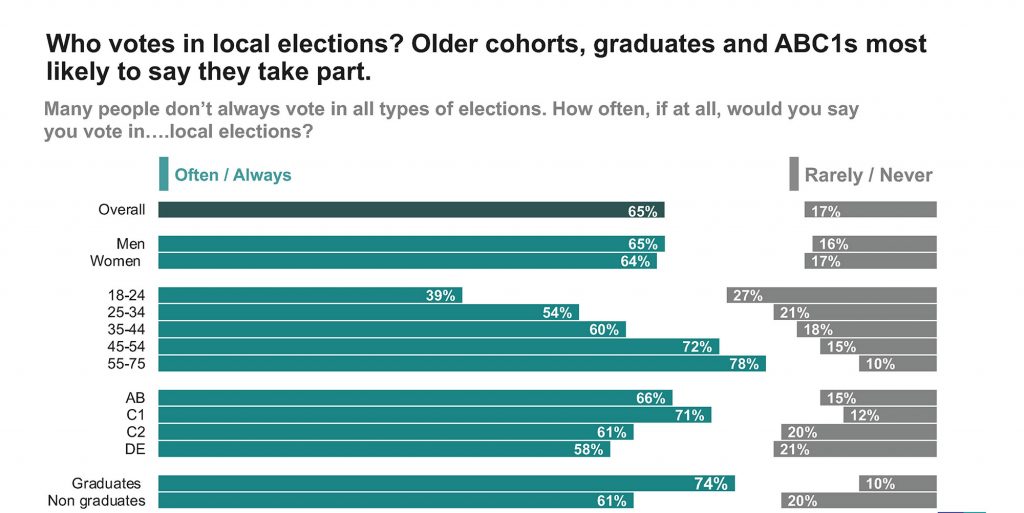 A good majority of respondents lacked knowledge and awareness about how councils work and what councillors actually do.

Impact of local government and local councillors in our communities

According to the new polling, local government and local councillors were overwhelmingly felt to have the most impact on people’s daily lives and the quality of life in our communities 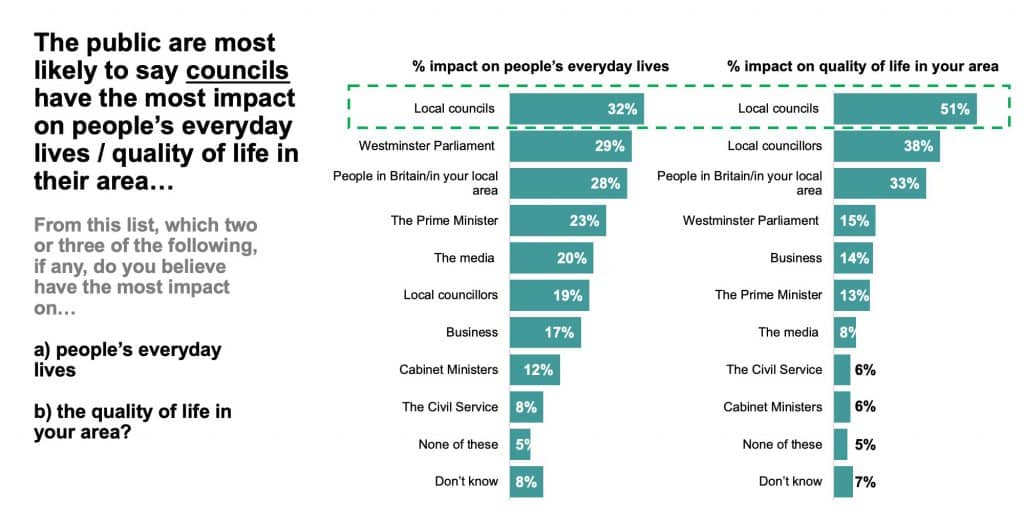 Impact of the work of local councillors 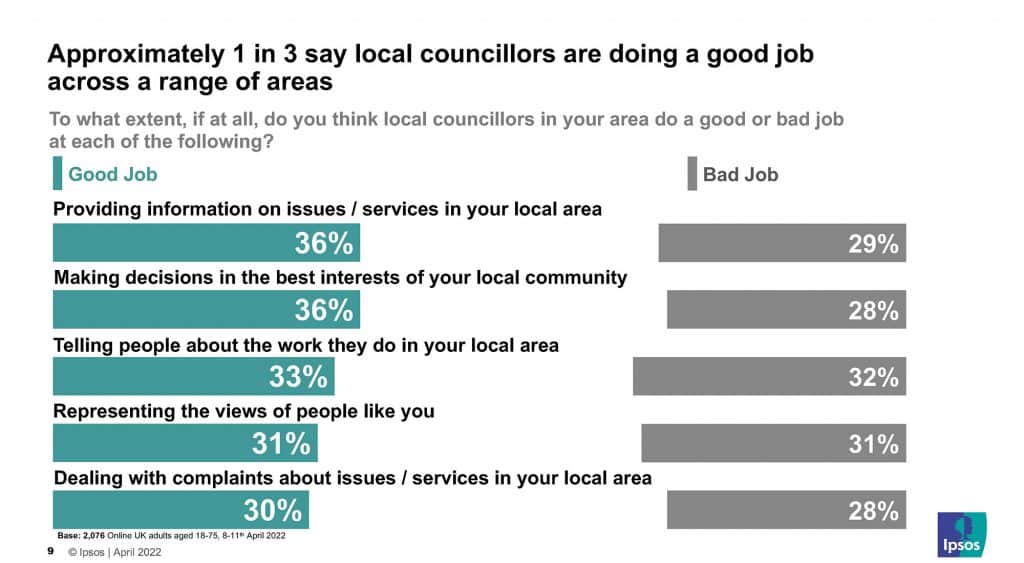 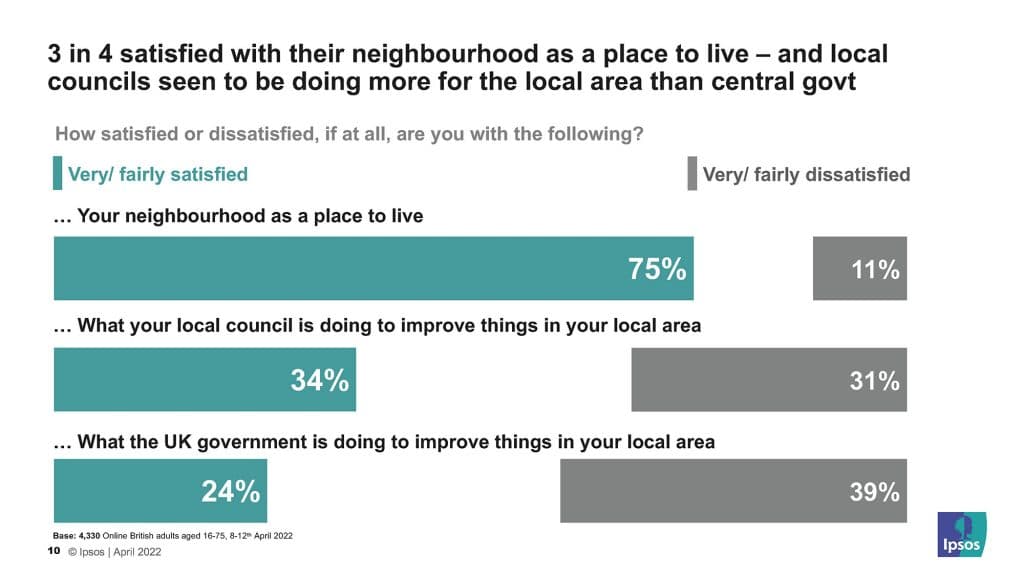 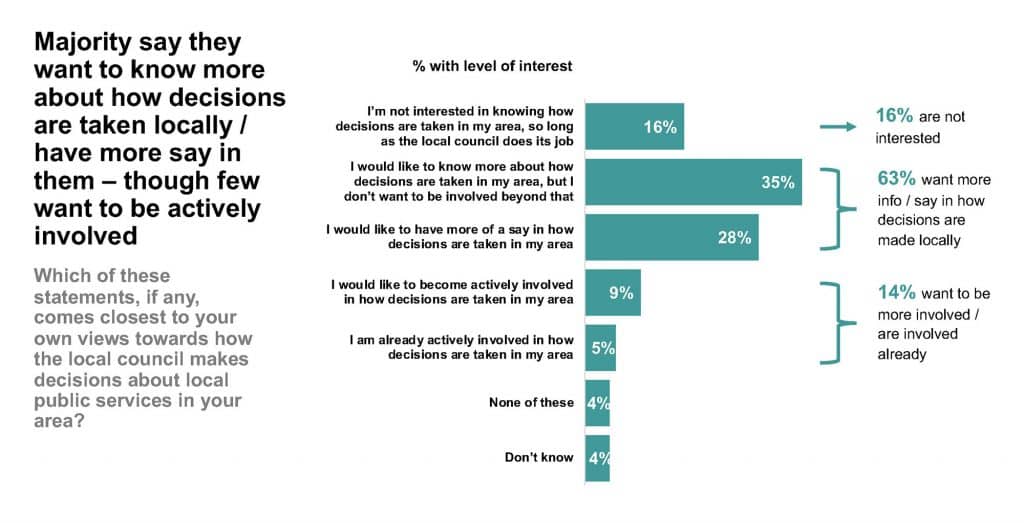 The data has been weighted to the known offline population proportions for age, working status and social grade within gender, and for government office region and education, to reflect the adult population of the United Kingdom.

In this briefing, we explore some concrete actions that public and community sectors can pursue together for local and more equitable, generative sustainable development. The context is the need for a suitable post-pandemic recovery and the urgency that social-ecological crisis now demands.

Children in poverty: Work and Pensions Committee report on families with no recourse to public funds

This briefing deals with the Work and Pensions Committee’s report on children living in families with no recourse to public funds (NRPF). Many non-UK nationals with leave to remain in the UK cannot claim the majority of social security benefits available to UK citizens.