Mapping geographical data has never been more important to local government, particularly when understanding the local impact of national policies. Using maps is a powerful way to show geographical data and most importantly it can lead to better policy impact assessments at the local scale. But traditionally maps which have been used in the past don’t give us the whole story.

Many in local government will be familiar with using Geographical Information Systems (GIS) to display information. However, often when it comes to using population data using the conventional style of mapping can lead to undesired results. This is because this style of mapping shows land size without giving any indication of population size.

As the use of GIS has become more accessible more complex maps have developed such as the human cartogram. This style of map is more appropriate for displaying data that involves people as it is scaled proportionately to population and so it is increasingly being used to map social and welfare data.

Taking the example of the recent welfare reform, Figures 1 and 2 display the same data, on the estimated financial impact of the welfare reform by 2014/15 for each English local authority, yet they show two completely different pictures! 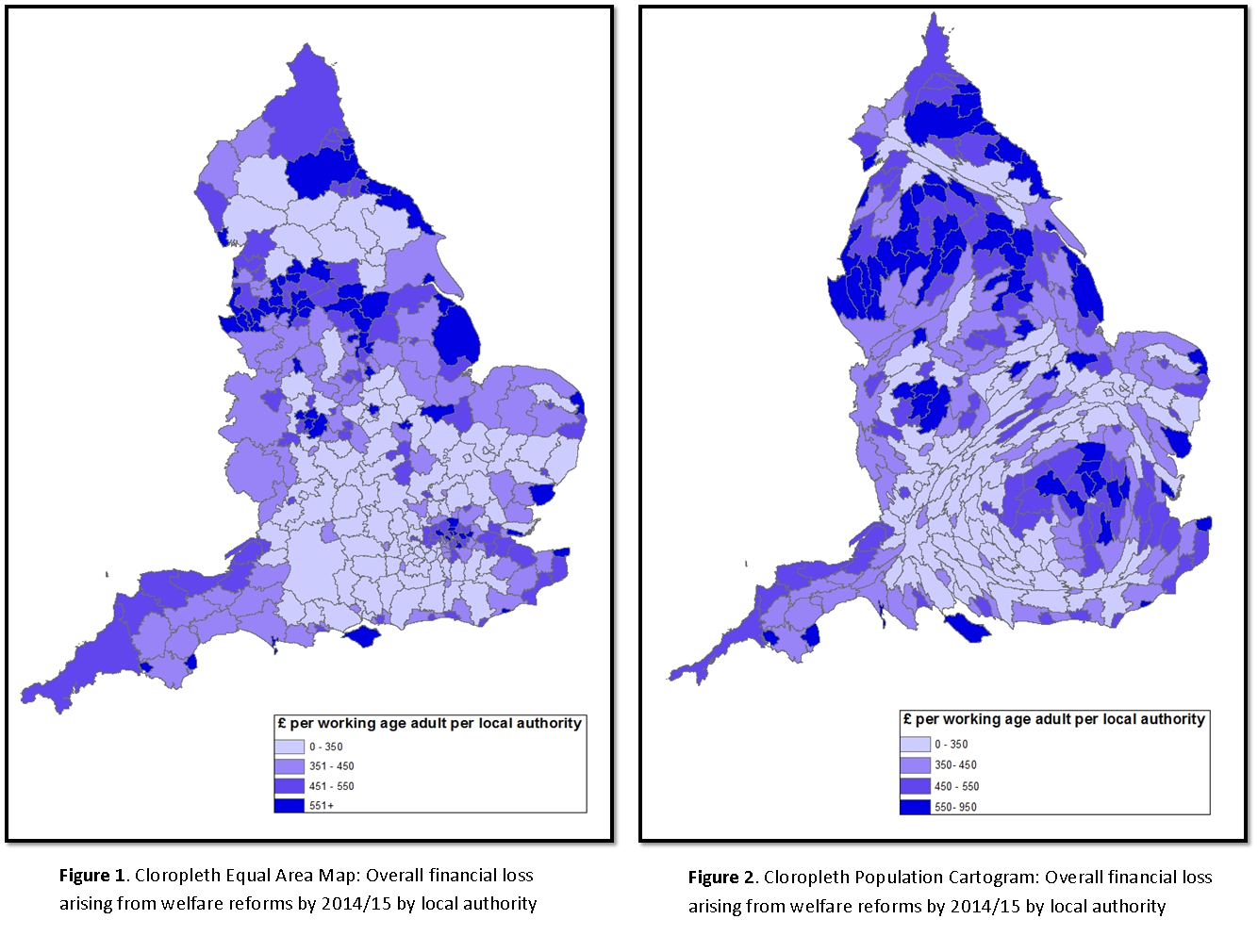 Figure 1 provides an example of the traditional equal area map and what you see is a clear divide between the financial costs to the North and South of England.

However, Figure 2, a human cartogram, shows the financial impact on the population, and shows a very different picture. In Figure 2, the impact on urban areas with large population densities such as Birmingham, Manchester and London is obvious. This map better represents the financial impact of the reforms as it actually considers the number of people that will be affected. The differences in financial losses between the North and South of England are clearly more complicated that the situation shown in Figure 1.

Including the population dynamic in Figure 2 means that you are able to see whether the financial impact to a local authority would affect a large number of people; the darker the area the greater the financial loss. This isn’t clear in Figure 1.

Because these two styles of mapping are so different they produce two completely different types of maps, this is important as different conclusions would be drawn even though they display the same data.

In Figure 1 you fail to see the huge impact the reforms will have on London’s population. Figure 3 below shows just how complex variations in the impact of the reforms will be on the different London local authorities. 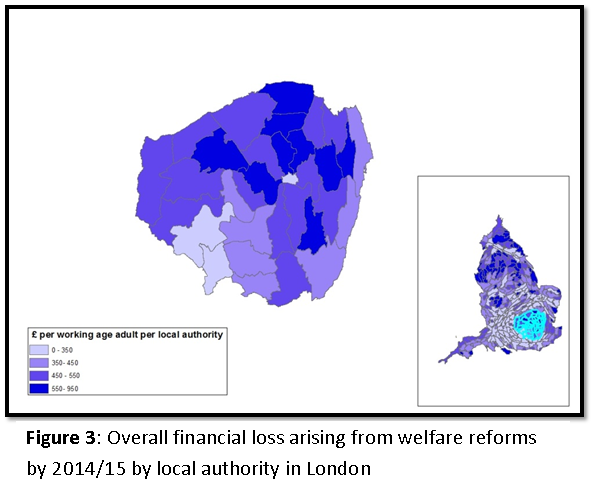 Comparing maps 1 and 2 shows how, when wanting to understand how a policy will affect people, using the traditional map is misleading and may lead to someone making wrong conclusions. This is what happened with a report published by Christina Beatty and Steve Fothergill, from the Centre for Regional Economic and Social Research. Their report ‘Hitting the Poorest Places Hardest’, used maps similar to that shown in Figure 1:

Their work provided a significant contribution to the impact assessment of the welfare reforms and was widely referenced by news outlets, but their choice of maps (similar to Figure 1) misrepresented the impact of the reforms. Because of this, news outlets such as the BBC, the Telegraph and the Guardian, wrote articles based on misleading information and publicised inaccurate conclusions to their readers.

This case shows clearly the benefit of maps to understand the complexities of the local impact of national policies, but it importantly shows that the correct form of mapping is needed to understand the full picture and to see how the welfare reforms will affect the populations of local authorities.

As well as variations existing at both the regional and local authority scale, variations will exist within local authorities, where only a proportion of the population will be affected by the welfare reform. So it’s important to look even closer, beyond averages to get the best understanding of how the welfare reforms will impact real people. Spatial microsimulation, an advanced form of mapping, can use geographical data to study the impact of national policies on individual lives.