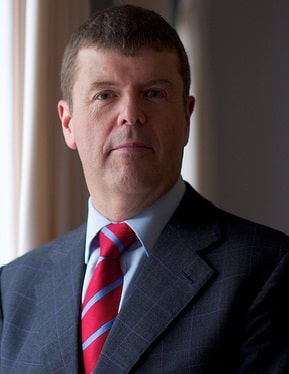 The extra £2 billion for health care services announced in the Autumn Statement last week is fantastic news. It is testament to Norman Lamb’s effective and high profile campaigning for urgent funding for the NHS, as well as the hard work behind the scenes by many colleagues making the case.

But in reality these additional funds will not be enough to put the NHS on a sustainable footing. As many of us know only too well, social care is in crisis, and with an ageing population, the existing strain can only become greater. If we don’t address this issue urgently, we risk creating a wholly avoidable additional burden on the NHS which would put its stability entirely out of reach.

Published last week Key to Care, the report of a Commission I chaired on the home care workforce makes the case for urgent change. As the local authorities’ budgets are restraining, publicly funded care is continuously squeezed. The price is paid by the frail and vulnerable in our community, who too often get poor care, and by the care workers they rely on, who get a very raw deal. The Commission heard time and time again that care workers are grossly undervalued. It is a low pay, low skill and low status job – it is not yet seen as a career. This has to change if we want more people to take on these roles, as we are going, increasingly, to rely on them, in the future.

Making care work a career of esteem, where a living wage is paid, staff are trained and recognised as valued key workers who contribute a huge amount to society, will inevitably come at a price. The cost of doing nothing will be even greater.

Let’s not forget that there is already great care and there are thousands of dedicated staff doing fantastic work. There are providers that, against the odds, are delivering excellence and councils that have been smart and innovated their way out of crisis.

However, to ensure that care works for everybody, we need to challenge providers, local authorities and government to do much more to guarantee great care for everyone who needs it. As acknowledged by Jeremy Hunt when I challenged him in the Commons last week, home care has a vital role to play in supporting the work of the NHS. But we need more than words. We need urgent action, before it’s too late.

Paul Burstow is the MP for Sutton and Cheam, a former care minister and the Chair of the Commission on the Future of the Home Care Workforce.

Health, public health and social care round up: April 2022

In this paper, based on interviews with council officers, we seek to develop an understanding of local government’s role within systems for health and wellbeing.