Karl Harder from Abundance Investment talks about the possibilities of crowdfunding and recent work with local authorities in England.

The UK pioneered the creation of regulated crowdfunding and cumulatively more than £10bn of money has been invested and lent by individuals to businesses, projects and people since its inception in 2004. Abundance Investment is one of the leading platforms specialising in raising debt finance (via debentures) for projects and businesses with a clear environmental or social purpose. The recent report by the Bauman Institute at the University of Leeds demonstrates a clear potential for crowdfunding to transform not only the way local authorities raise money to invest in their local communities but also radically reinvigorate the relationship between citizens and their locality. 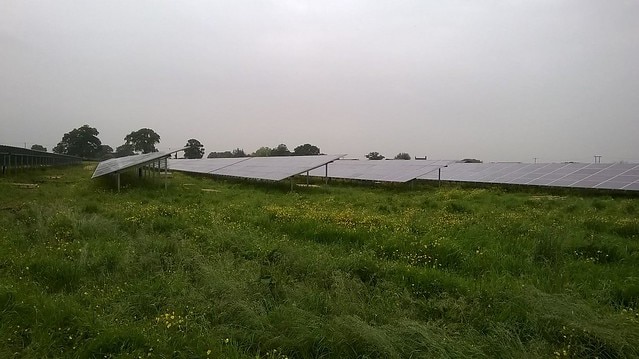 In 2015-16, Abundance worked with the pioneering Swindon Borough Council to crowdfund £4.3m of interest bearing debt to co-finance the construction of two solar parks in the Borough. The money was raised from local residents and the wider public with 31% coming from local postcodes and 18% of people investing £100 or less (the minimum investment was just £5 and the projects were eligible for inclusion in the new Innovative Finance ISA. Beyond the successful raising of the capital, Swindon Borough Council were also able to realise the benefits of being able to communicate with their residents from a very different perspective – as co-investors in a shared and sustainable future.

This early success prompted the Government’s Inclusive Economy Unit to establish a research project to explore whether investment crowdfunding could be more widely used across the public sector. The project was led by University of Leeds with technical support provided by Local Partnerships and the Abundance Investment team. Through a competitive allocation of ‘pilot funding’, the project team worked with six case studies drawn from three UK local authorities (Bristol, Leeds and the Isle of Wight) and three NHS bodies to help them conduct feasibility studies into the use of crowdfunding. The project teams were also supported by external consultancy firms Social Finance, BDO and KPMG.

On May 1, 2019, the University of Leeds published a report summarising the findings from the case studies and concluded that crowdfunding can provide local authorities with a competitively-priced source of capital at scale, while also increasing levels of local civic engagement. In particular they were able construct a decision tree which helps local authority decision makers navigate the process for selecting the different models of crowdfunding match for a variety of local authority projects. The report can be downloaded here.

Working with the ground-breaking teams at Bristol and Leeds City Council we helped to create the Community Municipal Bond, an innovative new finance product for local authorities. The Community Municipal Bond, utilises the crowdfunding approach to create an efficient, scalable and lower cost alternative to conventional council funding sources such as the Public Works Loan Board (PWLB) or traditional municipal bonds. The research indicated that the approach could meet the twin objectives of providing funding on comparable and competitive terms with conventional PWLB lending and also create a powerful new model for engaging and communicating with citizen investors, thereby reinforcing and building local networks of trust.

Based on ONS and HMRC data the citizens within the City of Leeds boundaries, for example are estimated to hold a staggering £15bn of cash and investments, while Swindon residents hold c£4.5bn. It is safe to assume that most of this investment capital represents a net outflow into national and international investment funds. Redirecting a small and appropriate portion of this money back into the local community could be transformational for local economies reconnecting citizens with their locality and its needs in the long term.

We are now exploring a pilot with Leeds City Council, but have also recently secured a Horizon 2020 grant which enables us to provide five £20-30k grants to local authorities who aim to bring a pilot Community Municipal Bond to market between now and the end of 2020. Successful grant recipients will also benefit from access to an independent university led research team who will examine and evidence changes in citizen attitudes and engagement at the local level as a result of the pilot scheme(s). The grant is now open for applications and we will assessing and choosing successful recipients over the summer. To explore an application please get in touch with Karl Harder.