Hannah Muirhead, a recent addition to the partnerships team and based at LGiU Scotland in Edinburgh, introduces the new local government cabinet and ministerial team @HCIM90

After being formally sworn in as first minister, Nicola Sturgeon has unveiled her new cabinet and ministerial team, and we’re seeing some new faces in key roles relating to local government. With the cabinet set to be confirmed in Holyrood today, we’ve prepared profiles of three former councillors appointed to key roles, to give you a bit of insight into the backgrounds and histories of those who will have responsibility for delivering key local priorities in the Scottish Government’s programme. 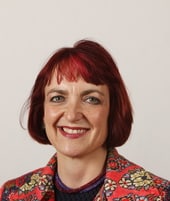 Born, raised and educated in West Lothian, former social worker and mental health officer Angela Constance entered Holyrood in 2007 as the MSP for the Almond Valley constituency (formerly Livingston). Before being elected to the Scottish Parliament, she was a councillor for West Lothian where she served as the SNP spokesperson for Children’s Services and Lifelong Learning. She has also previously served as Minister for Youth Employment, Cabinet Secretary for Training Youth and Women’s Employment, and Cabinet Secretary for Education and Lifelong Learning. 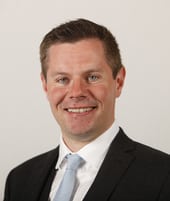 Derek Mackay – Cabinet Secretary for Finance and the Constitution

Winning his first election to Renfrewshire council at the age of 21, Derek Mackay went on to win three successive ward elections there, becoming the council leader in May 2007. He served as leader of the SNP group at COSLA before entering the Scottish parliament as the constituency MSP for Renfrewshire North and West, where he was placed on the Finance Committee. In 2014, when Nicola Sturgeon became First Minister, he was appointed as Minister for Transport and Islands.

His duties as the new cabinet secretary for Finance and the Constitution include: Scottish budget, fiscal policy, taxation, budgetary monitoring and reporting, Scottish public finances and their sustainability, public sector pay and pensions, efficient government, and public bodies policy. 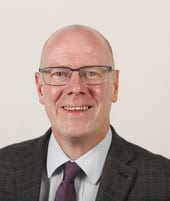 Before being elected to the Scottish Parliament in 2011 to represent Aberdeen Central, Kevin Stewart spent over eleven years as a local councillor in Aberdeen City. Here, he chaired the Finance and Resources Committee and the North East of Scotland’s Regional Transport Partnership, and also served as depute council leader. He has been convener of the Scottish Parliament’s Local Government and Regeneration Committee, a member of the Welfare Reform Committee, and also sat on the Justice Sub-committee on Policing.

All Things Scotland: 2023 levelling up fund- who gets what?

Read LGIU’s weekly collation of everything local government in Scotland, this edition brings you the latest reports and updates to kick-start your 2023 in local government, from updates on the levelling up funds to health and social care update.

This briefing looks at the recent Scottish Budget, focusing principally on how the budget has influenced funding for councils through the Provisional Scottish Local Government Financial Settlement for 2023-24. It also includes a brief comparison between Scottish and English financial settlements.