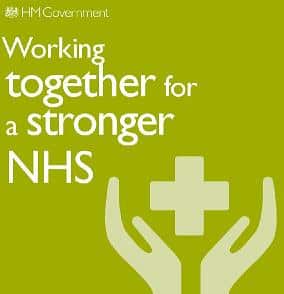 How did a policy with universal endorsement for its emphasis on clinical engagement and patient choice end up facing extensive (and unusually consistent) criticism?

Focus is inevitably falling on the Health Secretary, renowned for his knowledge of the NHS, but with his understanding and ability to listen now under question. Mr Lansley maintains a dogged insistence that the large take-up of pathfinder status shows GP engagement with his policy, consistently side-stepping the incontrovertible evidence that many of these are forming because GPs feel it is the least worst option in the circumstances.

Achieving NHS reform without endorsement from NHS people is practically impossible. The storms of the Hewitt era that required the Darzi/Johnson charm offensive to calm things down are not exactly ancient history. Perhaps there was a feeling that no one would challenge the demise of PCTs – indeed had a longer time for transition and preparation been identified, perhaps no one would.

A reason now often given for the current situation is that Mr Lansley framed the bill in a way which would give maximum flexibility for local decision-making. This has enabled critics to paint worst-case-scenarios and present them as fact. However, this view misses the point that such scenarios are fully possible under the present arrangements.

Health Service Journal quotes Health Minister Lord Howe defending the government position not to prescribe who should sit on consortia boards. ‘It may be a good idea for some consortia to have councillors but for god’s sake let’s not let it be me that says so’. However, we could ask whether it is really more appropriate for a group of GPs, independently contracted to the NHS, to make this sort of decision, to have no instruction on how to configure their boards, and to be largely responsible alone for commissioning £60 – £80 billion of health services.

An unfortunate outcome is that the handling of this reform means that needed changes, including an increase of managed competition, will be harder to achieve. The other big risk for the government is that all manner of problems in the NHS are now being linked with the reforms, even those that are legacy issues from the previous government or are connected with cost savings rather than structural reform.

With PCTs/consortia increasingly delaying non-urgent elective referrals for conditions such as cataracts or joint replacement, and with NHS trusts shedding front-line jobs, the NHS is likely to continue to figure prominently in the media in the months to come and to become an even more prominent political issue.

This post is based on a LGiU members briefing written by Christine Heron. Briefings are available through individual subscriptions and accessible to all officers and elected members of our member authorities. For more information on joining the Local Government Information Unit please follow this link