On Monday night, the Local Government APPG (for which LGiU provides the secretariat), hosted its annual summer reception on the House of Commons Terrace. It was an evening to celebrate local government but also an opportunity to discuss some of the current challenges facing councils.

James Brokenshire MP, Secretary of State for Housing, Communities and Local Government, gave the keynote address on the future of council funding. And, though his time was sadly cut short by the division bell, the Secretary of State spoke of the significant role local government has in providing services to members of the public and transforming communities. He expressed his appreciation for the work of those in the room, who have succeeded in delivering public services despite the testing times in which we find ourselves, particularly with the uncertainty around Brexit and local government funding. It was clear from the offset that his speech was not one of doom and gloom, but hope and celebration of what councils have achieved in the last year. Namely, cutting the number of rough sleepers, building more homes and improving building safety.

We were also pleased to hear from the Chair of the Local Government APPG, Jack Brereton MP, who said a few words on the pressures local councils are facing along with the innovation that has been spurred on by necessity. He spoke of his experience as a councillor before welcoming the Secretary of State and LGiU speakers Jonathan Carr-West (Chief Executive) and Cllr Michael Payne (LGiU Chair).

The sky was blue and the sun was out, making it a beautiful evening to look out onto the Thames. The terrace was an excellent space to network with colleagues from across the sector and central government, including Heather Wheeler MP, Minister for Housing and Homelessness and Rishi Sunak MP, Minister for Local Government, who joined us for the evening.

Alongside the reception, we also launched the final report of the Local Finance Taskforce, with support from our members. In it, we call on the next Prime Minister to urgently address local government funding and set out a roadmap for the future sustainability of local finance. This call was echoed by the Secretary of State in his speech, in which he underlined the need for financial reform around business rate retention and greater freedom for local authorities to deliver their necessary services. He stressed that though the sector’s passion for transformation remained unchanged, it is still important for the new Prime Minister to set out a strategy around funding because of the growing pressure on services. He added that he will support a Green Paper that sets out this strategy and promotes the debate that LGiU has been championing for years.  In his closing remarks, the Secretary of State suggested that a new leader is an opportunity to look afresh at the debate and re-think the relationship between central and local government by working collaboratively to drive modernisation within the sector.

You can read the report in full here. And, listen to a further round up from the reception along with the Secretary of State’s full speech in the latest episode of LGiU Fortnightly here. 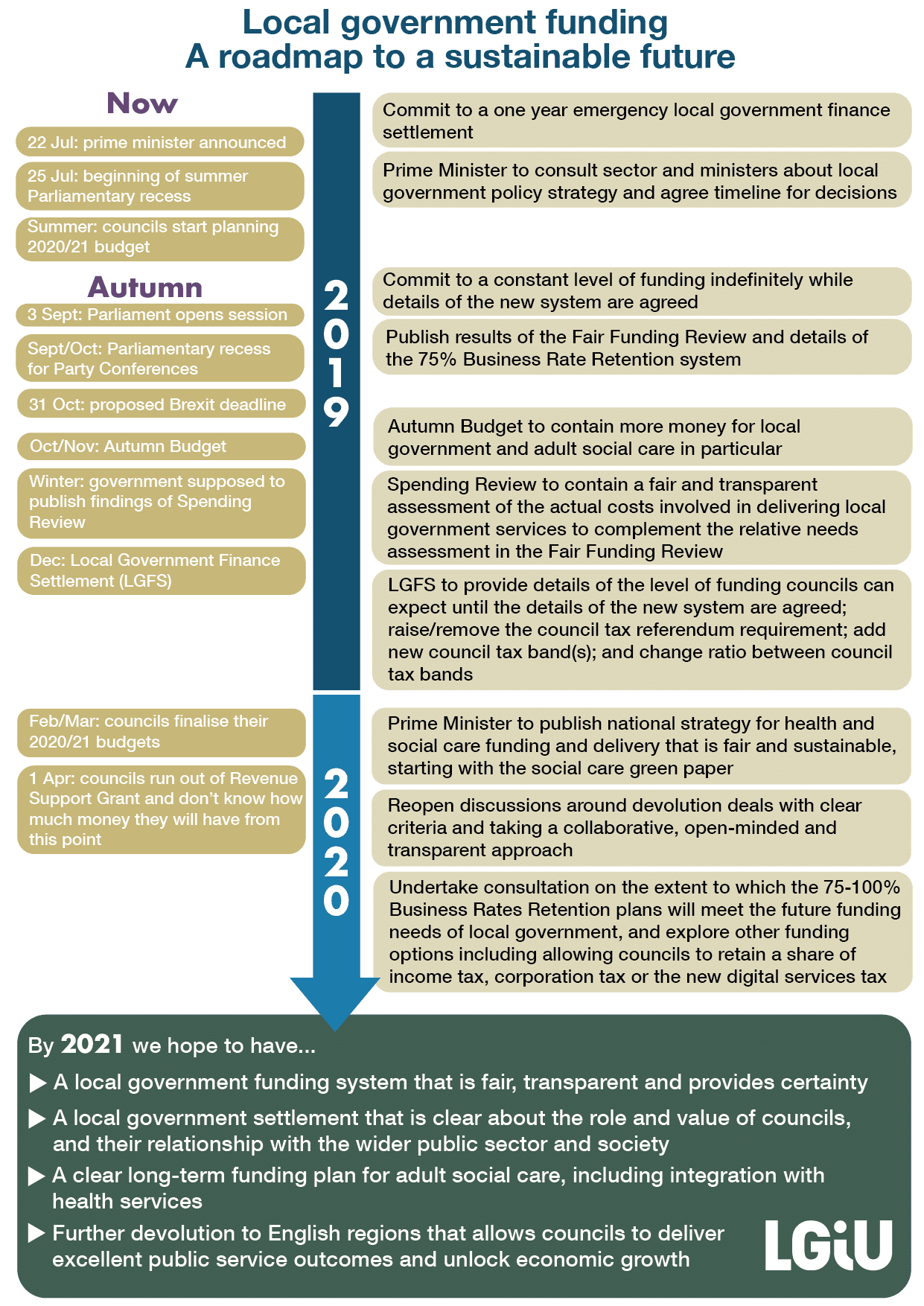