Roll back the clock to 2016 and the announcement by Ofcom that telecoms providers would switch off analogue signals by 2025. To most, the statement was innocuous. To us, it started alarm bells ringing because, like most UK councils, our lifesaving Mobile Emergency Care Service (MECS) was reliant on analogue phone lines.

We knew something had to be done because people’s lives depended on the service. I headed up a Council of the Future transformation project working side-by-side with Ian Whitelaw who, at the time, was responsible for our telecare call handling. That project would see Falkirk Council become the first local authority in Scotland to enable end-to-end digital telecare.

The process wasn’t easy. When we started the project, the UK’s digital telecare technology market was immature. There was limited choice and almost no customer testing. We had to look to Europe. What we learnt helped us create a ground-breaking system that will continue to enable thousands of vulnerable people to live independently at home for as long as possible after the switch off.

Safeguarding telecare wasn’t just an option, it was a necessity. Currently, it costs c£42m annually to provide telecare services in Scotland. In turn, these services help the NHS and care sector save c£110m per year.  Like all councils, our budget is under severe pressure. That meant cost had to be at the forefront of our minds. Cue lengthy negotiations with suppliers to ensure the best value at every turn.

Our telecare service relied on personal alarms that once activated sent a signal to a box that was plugged into an analogue phone line. Via the Alarm Receiving Centre (ARC) that signal alerted 24/7 call handlers to the fact a service user was in trouble. Help could then be sent. Going digital meant we not only had to replace the box and alarms in people’s homes, but also install a new ARC that was digitally enabled.

Because of this, we needed to install boxes that were digital ready so they could run off both analogue and digital lines. Initially, 500 digital-ready boxes were installed in service users’ homes. Immediately we saw the call failure rate – which had been increasing year-on-year – drop. The new boxes were a success and a massive replacement programme got underway. Staff were trained to swap out the old devices for new, and we enlisted the help of a local social enterprise, Haven, to speed up the rollout. By early 2020, the rollout was complete.

Having digital-ready boxes in place provided us with the time needed to develop a digital ARC – something that wasn’t readily available at the time. We not only had to upgrade existing systems, but also spent a year working with technical experts at Chubb to ensure the ARC we bought was exactly what was needed. We then had to test it.

As of Monday, 7 June, we have migrated around 40% of service users to the new end-to-end digital-ready telecare service. As the first council in Scotland to achieve this, we were awarded the Gold Implementation Award in April by the Scottish Local Government’s Digital Office.

Because no one else has done what we have, we aren’t afraid to say we are trailblazers. We’ve shared our knowledge not just with the Digital Office – who captured our learning in its national telecare playbook – but also with other local authorities, both in the UK and Europe.

By the end of this year we are confident all service users will be migrated to the new service. When that happens, we will be the first council in Scotland to be operating a 100% digital service.

Going digital has been a steep learning curve. There have been long hours and many sleepless nights, but it’s all been worth it.

The success of the project isn’t just down to the team’s dedication, MECS employees, partner organisations, and our MECS User Group have all played a critical role and share our vision for the new digital service.

Once the infrastructure is fully embedded, the next step will be to implement groundbreaking, cost-effective new technology that brings the service fully into the 21st Century. Watch this space! 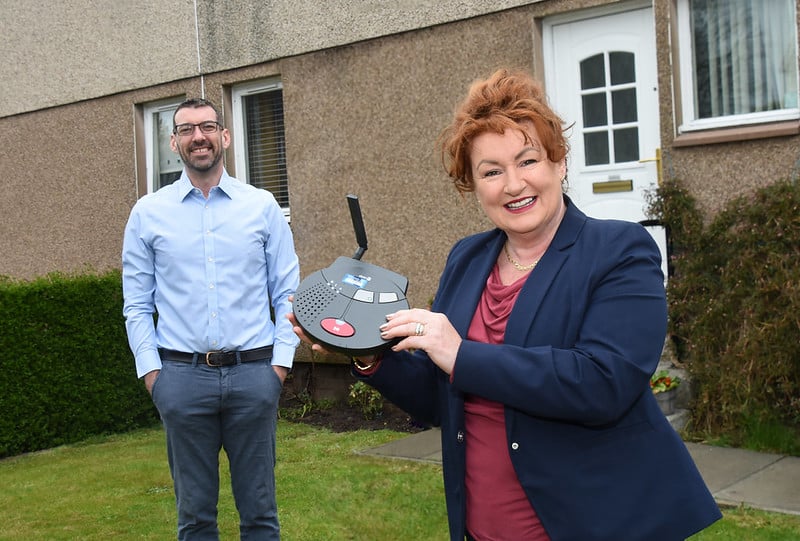