Dementia is on the rise in the UK. According to the Alzheimer’s Society, there are currently 850,000 people with dementia in the UK – and as age demographics shift, this number is set to rise to over a million by 2025, and to 2 million by 2050. It is becoming increasingly important to develop approaches that enable people with dementia to live well in their local communities as long as they can – and local authorities will play a crucial part in this. 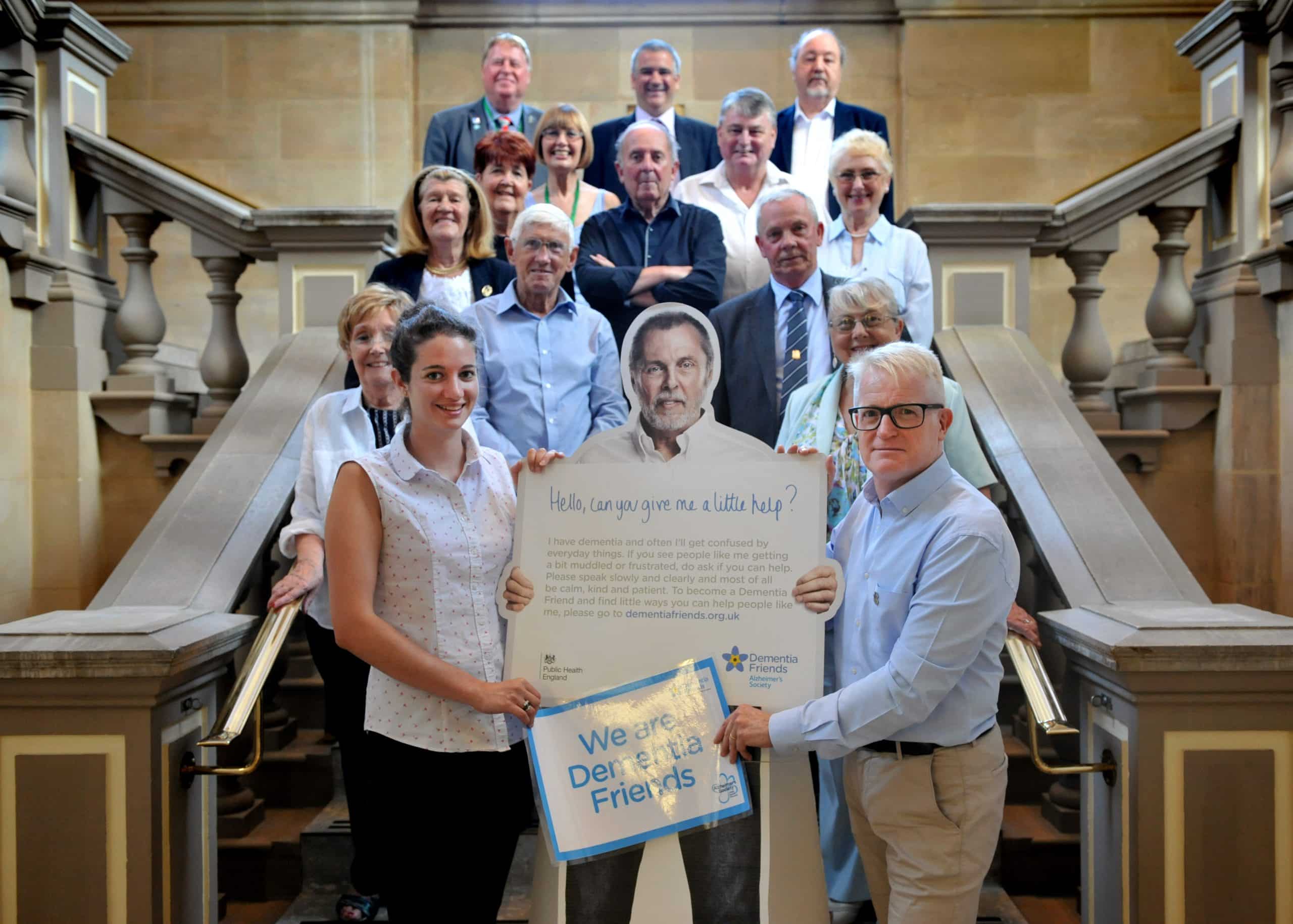 I joined a group of councillors at South Shields Town Hall to sit in on the training and become a Dementia Friend myself. The training was done by Dementia Friends, an Alzheimer’s Society initiative, and took the form of a 45 minute session where we busted some perpetuating myths about dementia, learned about the many ways dementia can affect an individual and what actions can make a difference, and took a pledge to apply what we’ve learned to our day-to-day interactions with people living with dementia. Three key takeaways from the course were: 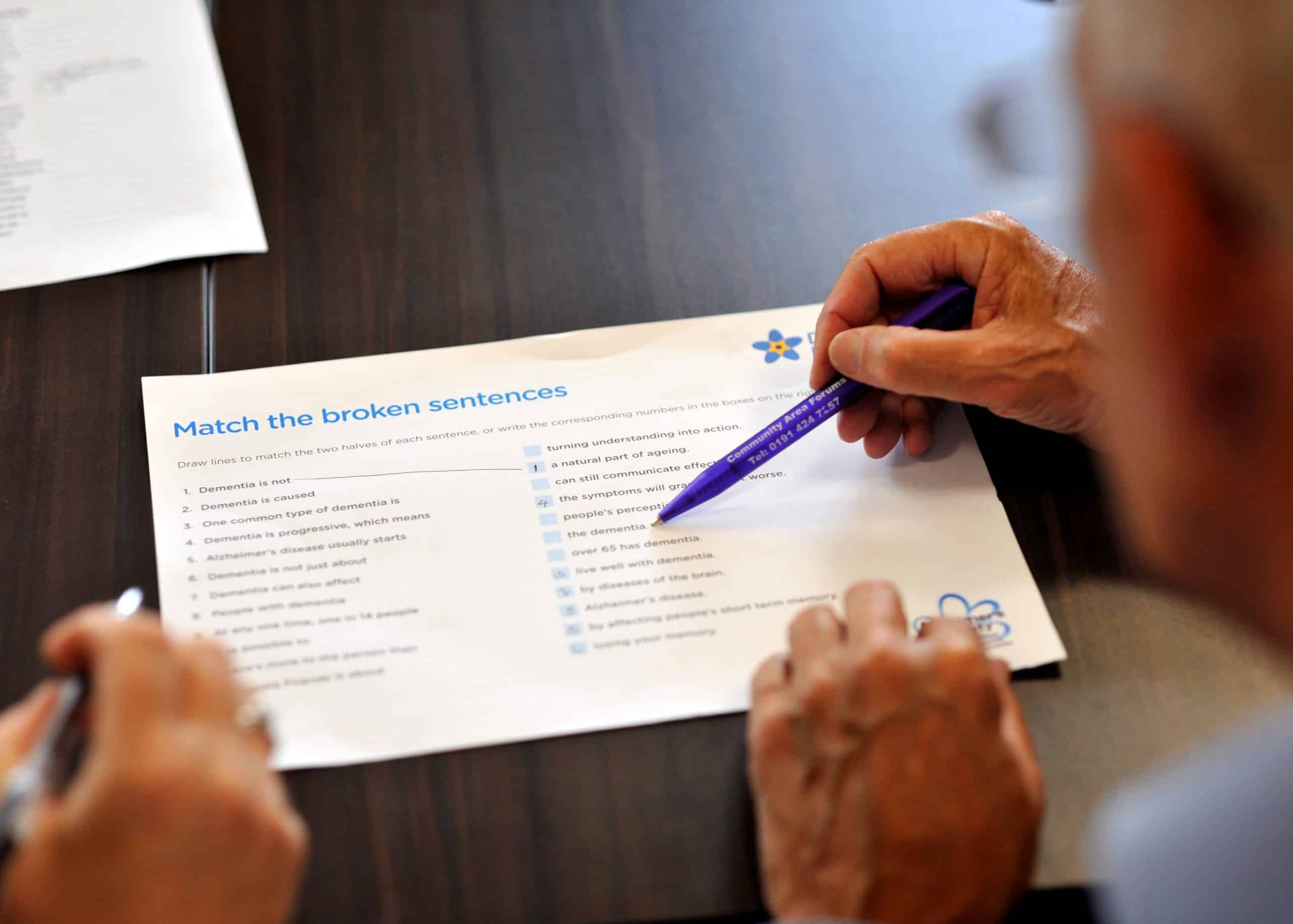 Having all councillors certified as Dementia Friends is only part of South Tyneside’s overall dementia strategy. Other public-facing groups at the council are also undergoing training: Not only front line adult social care staff, but housing teams, licensing teams, commissioning teams, as well as parking attendants – who identified themselves as a group who would benefit from dementia-friendly training.

The training aims to give a solid understanding of the condition and the complex and often misconceived ways that it affects people – facilitating council staff in interacting with those living with dementia in a more positive way, which will be allow people with dementia to continue living well in their communities. The programme will allow council staff to build positive relationships with residents living with the condition, as well as with their carers.

The council is taking a targeted approach to becoming dementia friendly – splitting the borough in to manageable sections based on three criteria:

The whole Scotch Estate in Jarrow is on track to become a “dementia friendly village” with everybody from shopkeepers to GPs taking steps make sure the services they provide can be done so in a way that makes life easier for people living with dementia. Dementia friendly premises are clearly marked with the symbol of a forget-me-not.

Often very simple measures can be effective – for example, one GP practice has started to put photos of the doctors on the doors of their offices rather than just their names. This has been successful and is to be rolled out to other GPs across South Tyneside.

The town of Hebburn has also gained dementia friendly status through a pilot scheme where people working in customer-facing positions in businesses and local services underwent training so that they can provide people with a safe space to turn if they feel lost or confused.

Additionally, the council has held Living Well with Dementia drop-ins where people living with dementia, and their families and carers, can access information and take part in activities such as community singing and seated exercises.

In a matter of weeks, South Tyneside expect 100% of their councillors to have completed the training process – and it is this that gives the council’s dementia friendliness strategy its edge. Ensuring that the day-to-day, person-to-person, interactions with people in their communities are positive for people living with dementia cannot be undervalued.