Again, due to the pandemic, the proceedings took on a new shape, this year in the form of a three stranded hybrid event – some attendees and speakers joined us in person at the beautiful venue in Glasgow, some speakers dialled in in from Zoom, and the whole thing was broadcast live on YouTube for a wider audience to view.

The ceremony was hosted by LGIU Chief Executive Jonathan Carr-West and BAFTA-nominated journalist Paul Murricane, and we were joined by our esteemed shortlist and their families and friends, as well as Leaders, Chief Executives, MSPs and other stakeholders from across the sector to celebrate councillors who have gone above and beyond to support their communities during another challenging year.

After guests had enjoyed a drink and some canapés, the Minister for Social Security and Local Government, Ben Macpherson MSP, opened the awards by emphasising how crucial the role of local government is for creating a fairer society, maintaining a productive economy and building stronger communities across Scotland. We also heard from Bailie Elaine Ballantyne who represented the Lord Provost of Glasgow in saying the importance of events like this which celebrate councillors and their dedication to public life. Cllr Alison Evison, President of COSLA also joined us via Zoom to congratulate the shortlist and all councillors across Scotland who have supported their communities through hugely difficult times.

Jonathan Carr-West said of the Awards “Local government supports all of us each and every day. On every street, in every town, up and down the country, it is the vital work of councillors that keeps things moving. We often talk about local government in terms of councils and institutions, but the Cllr Awards remind us that these are real people, making real differences to the lives of their constituents.

This past year has reminded each and every one of us of the effort and lengths to which councillors go to support their citizens. That is why we are immensely proud to once again be able to celebrate the hard work and commitment of councillors from across Scotland at these Awards.”

Montages were shown to demonstrate the impressive accomplishments of all the shortlisted councillors, focusing on key community projects that they had worked on and featuring interviews with residents who had been directly helped by the hard work of the councillors. There were six award to give out, in the categories of  Community Champion, Lifetime Contribution, New Councillor, Leader of the Year, Champion for Education and, new for 2021, Resilience and Recovery. We were joined by some of our judging panel, Cllr Murray Lyle, Pippa Milne, and Cllr Richard Bell,  as well as Heather Lamont from our sponsor CCLA who presented the awards to the winning councillors. 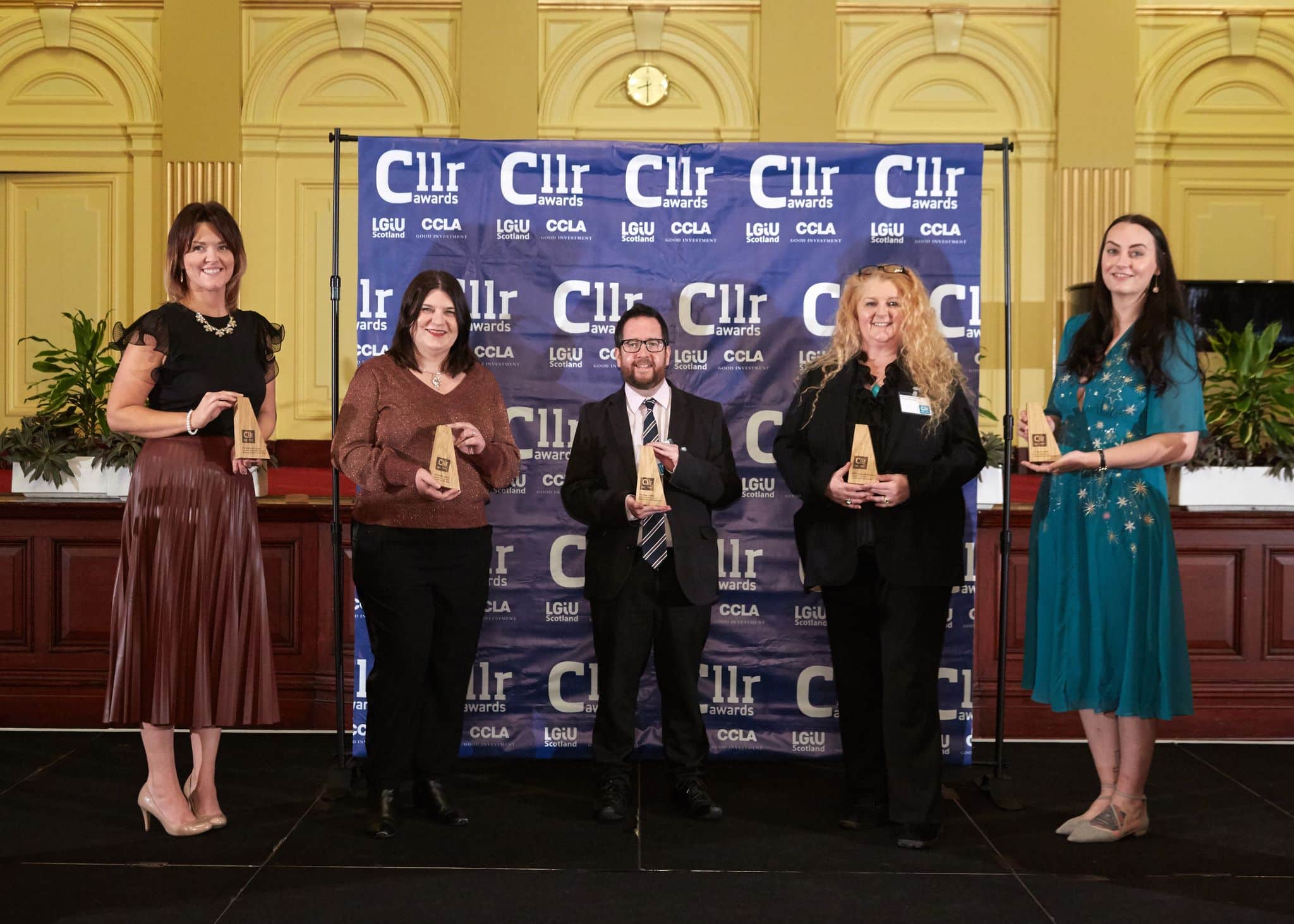 The full list of winners can be found here, and if you missed it you can watch the recording of the ceremony here.

It was a great to gather in person to celebrate everything that’s good about local government, and we were pleased that they hybrid style event ensured that we could be joined by colleagues from across the country. Congratulations to all our winners – we look forward to seeing you at the 2022 Cllr Awards!